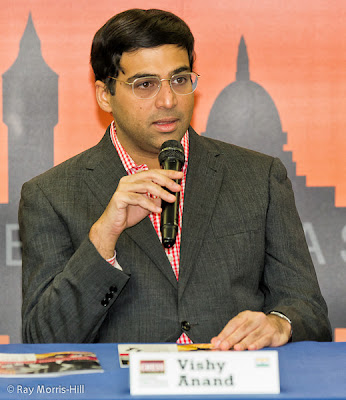 “I need to work on my technique.” These words, coming from five-time World chess champion Viswanathan Anand, reflect his rediscovered hunger for success.

On Sunday, the 43-year-old squeezed out an exciting 49-move win with black pieces against Arkadij Naidistch to claim the Grenke Chess Classic for his first all-play-all tournament-title in almost five years.

Anand last won in March 2008, at Linares, by topping an eight-player field with 8.5 points, ahead of the current World number one Magnus Calrsen, Levon Aronian and Veselin Topalov.

In fact, the year so far has been a good one for Anand. In January, he finished third in the prestigious Tata Steel at Wijk aan Zee despite losing the final round to China’s Wang Hao. More importantly, the fortnight saw Anand defeat Aronian and young Italian Fabiano Caruana, both rated higher in world rankings.

Much to be desired

Though Anand has been the undisputed World champion since 2008, his results in tournaments have left much to be desired. If one looks at Anand’s performances, particularly in classical time format the past 15 months, one is compelled to think whether age has finally slowed down the champion.

As Anand admitted on Sunday, “after Bilbao 2011 (in Grand Slam Masters Final) my big problem was getting interesting positions where I had chances. This year the new problem has been exploiting those chances — against (Daniel) Fridman here, Hou Yifan in Wijk aan Zee or last year against Nakamura and (Michael) Adams at the London Chess Classic — and I’ve been gifting people half points. If it wasn’t for that my results would be much better. Still, it’s a hundred times better to have the second problem.”

Anand started the year at a rating of 2772 — his lowest since April 2004 when he was touched 2774. Following his latest success, Anand has improved it to 2784 but stays at sixth in world rankings.

Looking back, Anand picks his second-place performance in the 2011 Tata Steel as a fairly successful one. “After that basically I went over a cliff and the next five tournaments were pretty awful,” admitted Anand.

What makes Anand’s success title-win special is the manner in which he signed off with two victories to take his unbeaten run past Caruana who led till the final round. Anand was obviously helped by the ninth-round loss of Caruna who missed a win in the 10th.