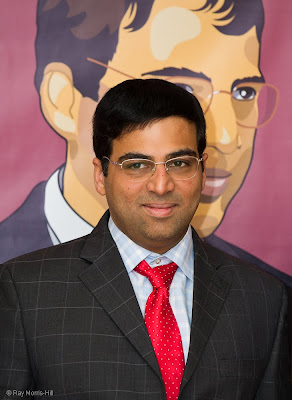 CHENNAI: Viswanathan Anand's first major tournament after winning the World title has been postponed.The Kings tournament in Medias, Romania from June 23 to July 4 has been indefinitely postponed by the organisers.

The 2012 tournament was to be the sixth edition (being held in Bazna until last year) and was set to include a strong impressive 6-player double round robin line-up headed by last year's winner and world No. 1 Magnus Carlsen of Norway and the world champion Vishy Anand. The other players were Teimour Radjabov, Sergey Karjakin, Vassily Ivanchuk and top Romanian player Liviu Dieter Nisipeanu.

Rumours of the postponement were confirmed by a brief announcement at the official website, "We are very sorry to announce that the 6th edition of the Kings Tournament is postponed. The global financial crisis and the instable political situation in Romania made it impossible to start the tournament on the initially announced dates".

The Kings tournament is the latest in a series of chess tournaments that have been affected by the global financial crisis, including M-Tel in Bulgaria and most notably the Linares tournament in Spain which has not been held for the last two years.