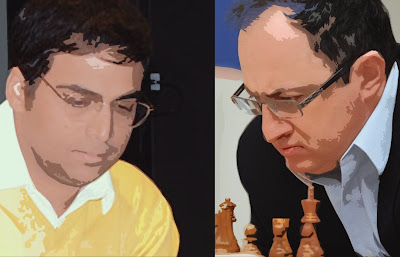 A few days ago Chessdom.com brought you the first information about the opening ceremony of the FIDE WCC 2012. Today in an press release, the organizing committe of the WCC confirms that the opening ceremony for the World Chess Championship match will be held in Moscow on 10 May 2012. The ceremony will mark the start of the three-week match. The name of the new world champion will be announced on 30 May.

During the opening ceremony, which will be held in the Mikhail Vrubel Hall of the State Tretyakov Gallery, it will be determined which of the match participants will play white during the first game. The drawing procedure will be conducted by the event’s Chief Arbiter, Ashot Vardapetyan. The ceremony will conclude with a concert by pianist Denis Matsuev and other young Russian musicians.

Ilya Levitov, the president of the Russian Chess Federation board, noted that the opening and drawing will be entirely consistent with the match concept, which aims to emphasize the connection between chess and culture. “The match will be held at the Tretyakov Gallery, one of the best Russian pianists will perform at the opening, and well-known cultural figures – in addition to great chess players and former champions – have agreed to serve as honored guests of the championship,” Mr Levitov said.

For sure the World Chess Championship match will be the central event of the month of May, the Gelfand Anand match already made headlines and is expected to continue doing so.
Posted by Chess Strike at 13:19